What do devs love?

Well a lot of things, apparently. Today, being a dev is about being passionate about things. But in this case, I think I already let out a spoiler in the title. Devs do love spaces. And, thanks to recent results from Solita Developer Survey, I got the stats to prove it. According to the survey, a crushing percentage of 72.2% of all Solita devs indent their code with spaces, as opposed to tabs. 2% didn’t understand the question, so I suppose they don’t indent. 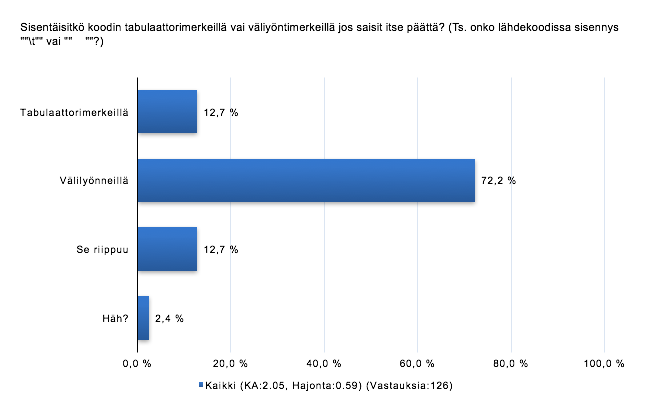 Other trends are also visible in the survey: for maintaining configurations - an important part of doing devops, or doing things right - there are many tool choices available. Here in Solita, the preferred choice is Ansible - with all its pros and cons 42% of devs choose it for automating and documenting their configurations. Chef and Puppet together don’t come even close. Many still use traditional shell scripting (21%), or have to do manual work (16%). Another way to look at these statistics is to say that 84% of developers work in a happily automated configuration management world, while the rest 16% just have to suck it. 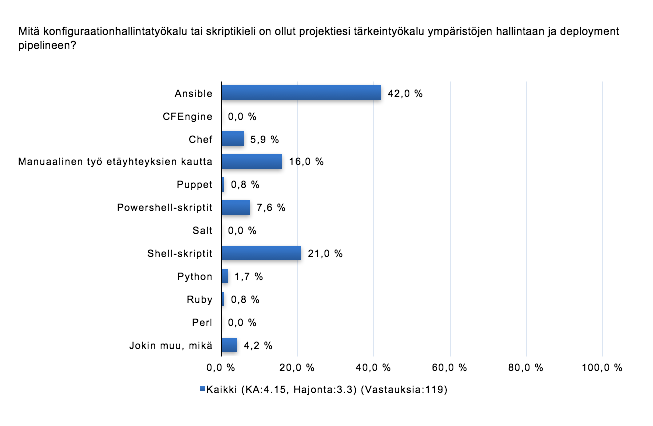 Then there’re other, more obvious statistics. When it comes to version control, Git is way cooler than anything else currently. Most popular tools are IntelliJ IDEA, and Eclipse, while there’re still solid 2.4% Vim-coders out there. For rapid text edit work people often whip out Sublime or Notepad++. Most devs are running OSX on their machines here, with almost equal amount running Windows. 12% are running some brand of Linux. 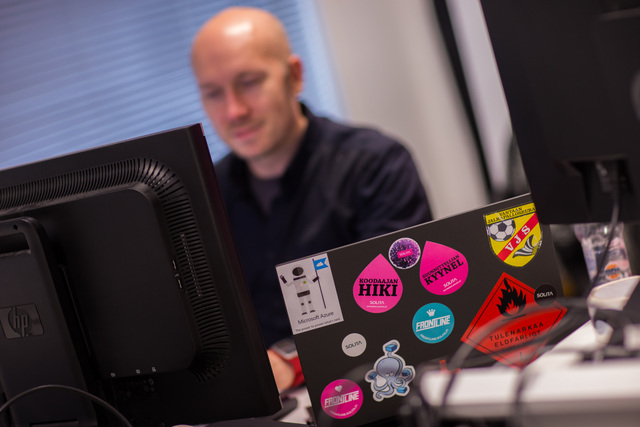 How about frameworks and languages?

Most popular languages used here are: Java, Clojure, Javascript, and C#. Anything else is just peanuts when it comes to statistics. Interestingly, Clojure is the most preferred language for devs, so I suppose we just can’t get enough of Clojure in daily work.

In frontend development, most of the work is done with Angular, with React + Reagent catching up. Most people would choose to use React for the next project - but then most people haven’t yet been exposed to Angular 2 so we’ll see about that in 2017 ;)

Most of our coders have been in business over 11 years - so they’ve seen a lot. 95% have been coding at least 6 years - or 75% if we count only coding for bread and butter, not for fun.

It seems most of people in dev role consider themselves as fullstack developers - pretty much half - with 10% specialized back-end developers, 10% architects, and 5% slices of front-end developers and integration specialists. 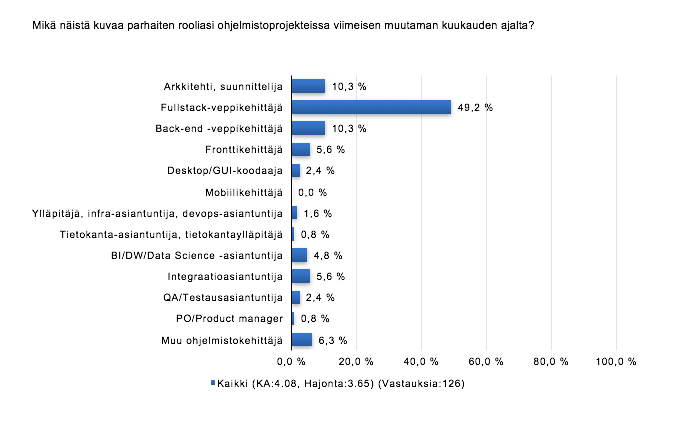 About 74% of Solita developers contribute some amount of work to open source projects, on their free time. Naturally, some projects allow to donate open source code also on within the projects.

We do a lot with Java and Angular, and would currently love to do more with Clojure and React/Reagent. It also seems we’re pretty modest - only 16% of devs consider themselves as the best coders in Solita - the majority thinks they are in the second best quarter. 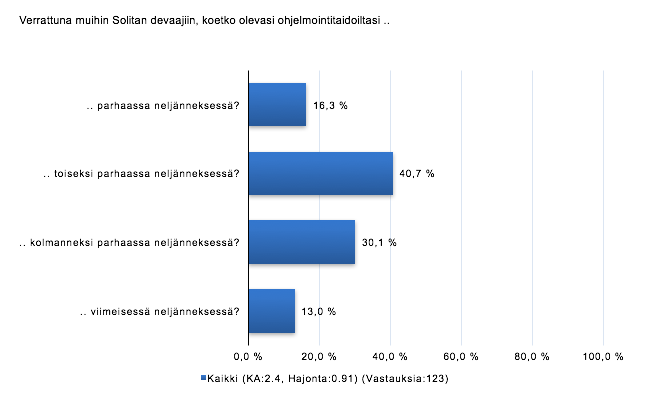 There’s another crushing statistic left. I suppose something’s done right: 99,2% would recommend Solita as a place to work. 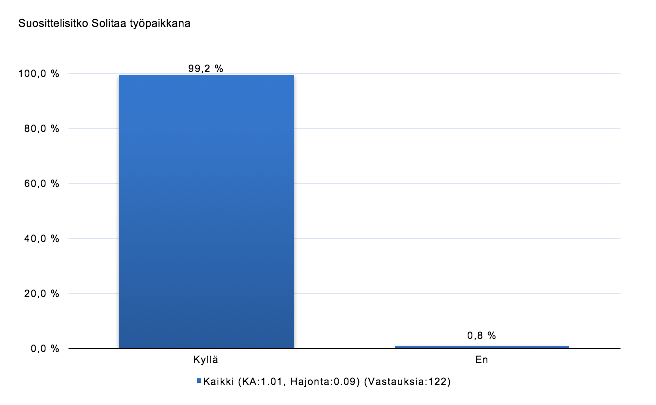