What is Spring WebFlux?

There were two major reasons for a new web framework. First, there was a need for a non-blocking implementation to handle concurrency with less threads (i.e. using fewer hardware resources). And then Java 8 introduced lambda expressions as a new language feature bringing functional style programming to Java. They allow declarative composition of asynchronous logic which is precisely what Spring WebFlux is about.

Reactive and non-blocking are terms which are closely related. The term reactive means the style of programming where you react to change, be it an incoming network request or a user interaction event such as a mouse click. In a sense, reactive also means non-blocking, as you are now reacting to a change instead of waiting for something to happen. In contrast, if you are not reactive you are usually polling - constantly asking if something has happened like a nagging Donkey. 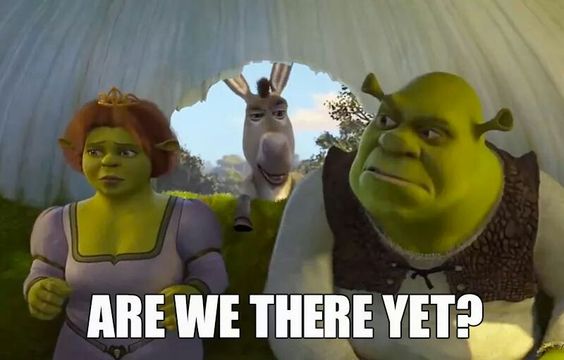 Let’s consider a case where you send a request to a server. When executing a synchronous call, you are blocking the execution of your current thread until you get a response from the server and the call is finished. But, as you are blocking, you are also implicitly handling back-pressure, which means that you cannot overwhelm the server with your requests. When you execute a non-blocking asynchronous call, on the other hand, you are not waiting for the result anymore. Instead, you continue the code execution (perhaps doing something else) and react when the result becomes available. Problems arise if you send too many requests and overwhelm the destination server. There needs to be an explicit back-pressure mechanism, a way for the server to indicate you to please slow down.

Reactive Streams API fulfills this purpose by providing a small specification that defines the interaction between asynchronous components with back-pressure. As it is a too low level API to be practical for applications, there are reactive libraries providing a higher-level functional API to compose asynchronous code. Spring WebFlux chose Reactor as its reactive library.

Reactor has two main classes which offer a rich vocabulary of different operators to compose your asynchronous logic. The Flux class represents a reactive sequence of 0..N items whereas the Mono class represents a sequence of 0..1 items (single value or empty). When programming with Spring WebFlux you’ll be playing a lot with Fluxes, Monos and their operators such as map, flatMap and filter.

Which web framework to use?

There are a number of things to consider when choosing between Spring MVC and WebFlux.

First of all, if your application already uses Spring MVC, there is no need to switch over to WebFlux. Spring MVC is not going away anytime soon, even though its RestTemplate is marked as being in maintenance mode. If you have older codebase you’ll probably use blocking libraries anyway. However, if your application has HTTP calls to remote services, you could give a try to the reactive WebClient, which is Spring WebFlux’s alternative to RestTemplate. It works fine from Spring MVC as well and, depending on your application, you might already see some performance gains.

If you are starting to develop a new application, you need to evaluate your use-cases and dependencies. If you need to use blocking APIs it’s better to stick with Spring MVC. Examples of popular blocking APIs are persistence APIs such as JPA and JDBC. If you are considering a microservice architecture, you can have a mix of Spring MVC and WebFlux applications. For example, you could isolate your persistence needs to a dedicated microservice built with Spring MVC, and use WebFlux for the rest of the microservices. Or, if you like living on the edge, you could evaluate the Spring Data R2DBC which provides familiar Spring abstractions and repository support for accessing relational databases with reactive non-blocking driver. Under the hood, it uses Reactive Relational Database Connectivity (R2DBC) project libraries and drivers to replace the traditional JDBC. So far there are drivers for PostgreSQL, MySQL, Microsoft SQL Server and H2.

Finally, you’ll also need to take into account the somewhat steep learning curve with WebFlux. Its functional, declarative, non-blocking programming model is not easy to start with if you have no prior experience with reactive programming. However, as with many other things, it’s a matter of taste and after the learning curve I’ve grown fond of Webflux’s functional style.

My experiences with Spring WebFlux

I’ve been using Spring WebFlux in my project for over a year. Why did we end up choosing WebFlux and not the traditional MVC?

There was indeed a learning curve with WebFlux and its functional programming style. It took me couple of weeks to get comfortable with it and start seeing the benefits. For example, when porting functionality from the old codebase to our new application, it was quite easy to spot problematic patterns and clear architectural violations in the old codebase, as trying to implement similar functionality with WebFlux was surprisingly hard. It quickly became clear that if you need to use old codebase as a reference, you only check what you need to do (e.g. which calls are needed to backend systems) but not how to actually do it.

Sometimes you just need to check something in a function, without returning a value. For example, you might need a function to check if some operation can be made. Your function returns a void value in case of a success and throws an exception in case of an error:

You might try to implement this with WebFlux as follows:

However, when you return an empty value with Mono.empty() the result really is an empty value. You can’t execute any operation such as map or flatMap to it. Your operationXxx() is never executed and you’ll spend hours trying to figure out what’s wrong.

Your next attempt might be to write the caller function as:

This does work in case of a success: checkOperationXxx() completes with an empty value and then you start executing a new Mono in the then()-function. However, operationXxx() is executed also in case of an error! This is not what you want.

In our case we solved the issue by always returning a non-empty value, usually the same value which we pass to the function as a parameter:

This works as you expect - checkOperationXxx() does the necessary checks and operationXxx() is executed only in case of a success.

With reactive code, you describe the steps of the operation, but nothing really gets executed before you call subscribe(). This is not that clear in the WebFlux context, as Spring executes the subscribe() call to your WebFlux flow on your behalf, at least in case of the Spring RestController. You simply return the reactive result type from methods in your RestController class and Spring will take care of the rest. In any case, it is good to understand.

By the way, if you are using WebClient from the MVC side and wondering how to get the resulting object out from the reactive context, just call the .block().

To unit test reactive code I recommend using the official tool for that purpose: the reactor-test library. Previously we used either subscribe()- or block()-approaches, but for some reason they were not always reliable. Better to stick with the recommended way. Reactor test library comes with the StepVerifier class for unit testing reactive flows. Here’s an example:

For testing your reactive RestControllers you can use the Spring WebTestClient:

How about testing your WebClient calls? Let’s say you call a backend system to fetch some data and would like to test that functionality. While there’s no built-in tool in Spring for such a case, you can use the MockWebServer to mock the backend. I believe Spring developers use it for their testing purposes, too. Do note that you need to override both MockWebServer and okhttp library versions, because the versions coming in from the Spring Boot dependency management are too old (at least in Spring Boot 2.3.0).

Spring WebFlux is the new reactive non-blocking alternative to traditional Spring MVC web application framework. With recent releases of Spring Framework and Spring Security, it has almost reached feature parity with Spring MVC. For example, OAuth2 functionalities in Spring Security have matching implementations for both web frameworks. Usually the reactive counterpart of an MVC class is pretty straightforward to figure out, e.g. ReactiveSecurityContextHolder (WebFlux) vs. SecurityContextHolder (MVC). So if you are starting a new Spring-based web application, do give it a try!