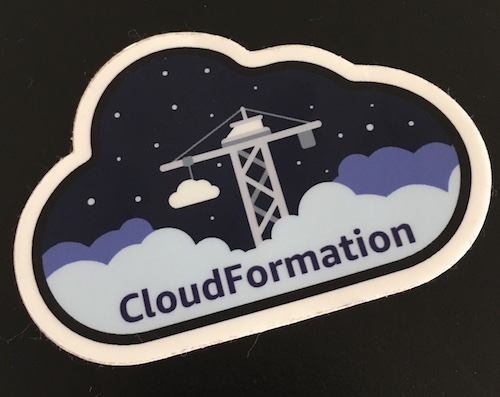 Even though this post assumes basic knowledge of CloudFormation, here are quick definitions of some of the terms used in this text.

Stack is an atomic collection of resources in CloudFormation. Its creation or update succeeds only only and only if all the resources within the stack succeed. A failure within stack update leads to a rollback back to the previous state.

Stacks can be parametrised, which is really powerful feature for spinning multiple environments from one template.

You might be tempted to divide your application stack into small logical pieces. And I don’t blame you for this - programmers and ops people are generally really good in structuring things from small pieces. But with CloudFormation, this just is not practical. For instance, you could have horseloads of small stacks, such as:

But this brings a really tough problem to the table: stacks have dependencies to other stacks, and you really need to maintain the correct creation and deletion order for your microstacks. This will bring up huge problems when you update your system.

If resources don’t change, CloudFormation is generally really fast (at least acceptably fast) in updating a stack. It is not an optimisation issue but a dependency issue, at the end of the day.

You be the judge. Of course, making one stack with lots of resources implies a huge configuration file. My two cents is that, with CloudFormation, you should be ready to compromise on file sizes. Of course, you should order and name your resources nicely in your template files, and keep them under version control (duh!). Just keep the templates clean!

CloudFormation has hard resource limits. Each stack can contain 200 resources, and when you’re coming close to that, it’s a good time to think about splitting it to smaller pieces. At that stage, your system is probably so complex that you have done it anyway already.

A good test of concept is to try to spin up your system to a new AWS account or to a different region. Can you make it in 15 minutes? Does it take more than a day? If you can make it quickly, I bet you have small amount of stacks, or a really good graph in your head of the dependencies between them.

Sometimes having multiple stacks is a pretty good idea. And it also brings us to our next principle.

2. Be Careful with the Dependencies

When you need more than one stack, you really need to start to think about dependencies. Usually CloudFormation stacks do not live in isolation, but instead they refer to resources created within separate stack. A concrete example would be, for instance, multiple microservices in a single ECS/FARGATE cluster behind a single Application Load Balancer.

Consider an example, in which Acme Corporation has three microservices:

All services are kept in separate git repositories (acme-products-api, acme-orders-api and acme-customers-api), but because of the cost optimisation policy, all of these services must be served via one load balancer using host based routing, and all docker containers must be deployed in the same ECS cluster.

In a scenario like this, it’s a pretty good idea to spin up a new stack acme-infra for defining shared resources. So setup would be something similar to this.

Using shared ALB like this requires some additional tweaks, i.e sharing routing priority numbers between services, but that is an implementation detail. My rule of thumb is that you should have just the right amount of stacks and their dependency graph must be unidirectional. So kids! Remember not to use !Import in the infra stack! 😘

It’s super important to understand in which stack you should add your new resource in a multi-stack scenario, because you can really easily make circular dependencies between stacks. Think for instance if you have created separate stacks for CloudFront and S3 buckets. Your CloudFront stack needs to know S3 bucket domains and your S3 bucket policy in S3 stack needs to know CloudFront Origin Access Identity. There you have a circular dependency and you probably spend loadsa time debugging and possibly even suffer some downtime when stuff hits the fan.

But the good news is that when you just bake both CloudFront and S3 stuff into the same stack - it just works.

Bottom line is that, when having multiple stacks, you should be really careful when selecting a stack for your new resource. It’s a good idea to have a well maintained visualisation of the stacks and exports/imports. Don’t be afraid to make a loose coupling between resources when needed! It’s totally ok to just copy resource references directly as parameters to other stacks instead of exporting and importing them. Exporting is a really powerful tool and it ties stacks together really tightly. Try to minimise the amount of stacks. Less is more.

What about the different environments then?

3. Parametrise Right Things Instead of All Things

CloudFormation supports parameters for stacks which can be given as a JSON file, from SSM Parameter Store or directly with AWS CLI. This is nice, because I would hate to maintain acme-app-dev.yml and acme-app-prod.yml - both thousands of lines long.

My CloudFormation parametrisation principle is really quite easy to put in practise:

And this brings us to our last principle.

4. Do Just the Right Thing with CloudFormation

Should I do everything with CloudFormation or do some stuff from the console?

The stuff I usually leave outside of CloudFormation:

I create hosted zones manually. This is primarily because usually domains are registered outside of Route53 and generated NS records are just given to registrar which points records to Route53. I feel more safe for some reason when this is done manually.

But I sure do add DNS records to hosted zones with CloudFormation.

Acquiring SSL certificates require validation steps, so I have just created these by hand and copied Certificate ARN to CloudFormation templates/parameters. If you have a good workflow for automating this, feel free to drop a comment down below!

Amazon Simple Email Service contains validation steps as well, so this is also something I have always done outside of CloudFormation.

I create IAM User for pipelines usually in a separate stack. Here’s a template you can use:

But access keys for user are created and injected to CI/CD system outside of CloudFormation. This is primarily meant for Gitlab, Travis CI and such. If you use an AWS managed CI/CD services like CodePipeline, CodeDeploy and such, case is bit different. Then you would use a IAM Role instead of a IAM User.

It’s really easy to accidentally nuke all the data in RDS with CloudFormation. Just make a change that requires replace to your RDS resource and BANG, your data is lost.

If a DB instance is deleted or replaced during an update, AWS CloudFormation deletes all automated snapshots. However, it retains manual DB snapshots. During an update that requires replacement, you can apply a stack policy to prevent DB instances from being replaced.

You have pretty much two choices:

When making changes to CloudFormation stacks you should always browse through the documentation and see if your modification requires a REPLACE operation for your resource. If it does require replacement, analyse what will happen to all the dependent resources.

What about those cool kids spinning up cost efficient lambdas while sipping soya-latte? AWS actually recommends that when you do http services with lambdas, you’re way better off using something like serverless, instead of using CloudFormation for lambdas and API Gateway. Serverless does this for you and it does it pretty good.

But what you can do, is that you can bake in some bare CloudFormation resources to your serverless app!

Here’s my example of serveless app with raw CloudFormation resources baked in: https://github.com/juhofriman/serverless-rocket-example.

The weirdest thing is that YAML serverless.yml Resources block is not CloudFormation YAML, but it is transformed to JSON.

Spend some time debugging how those Refs and Attrs work in serverless.yml 😂

But that’s another story.