We got feedback that the pictures used in the recruitment advertisements give a little biased picture of typical employee at Solita. They show mostly about 30 years old white males. Well, that is true, because I think at least the majority of developers in Solita are about 30 year old white males. Of course, in reality there are plenty of us, some of us are even female, all in different looking bodies. The pictures in the advertisements are not a statement what a typical developer should look or be like. Skills, personality, and how Solita-like you are, are the things that really matter. (One true story)

In my opinion, it is great that Solita uses authentic pictures of real employees in these advertisements. Some of the pictures are even taken in real situations during the workday. At least the one I’m in represents a real case where we were debugging the software with a colleague when the photographer just came out with his camera. I think that picture is used e.g. for recruiting integration specialists. One must remember, that the picture chosen in the advertisement always gives a partial glimpse to the everyday in life in Solita. I’m not an integration specialist and we were not recruiting especially women. 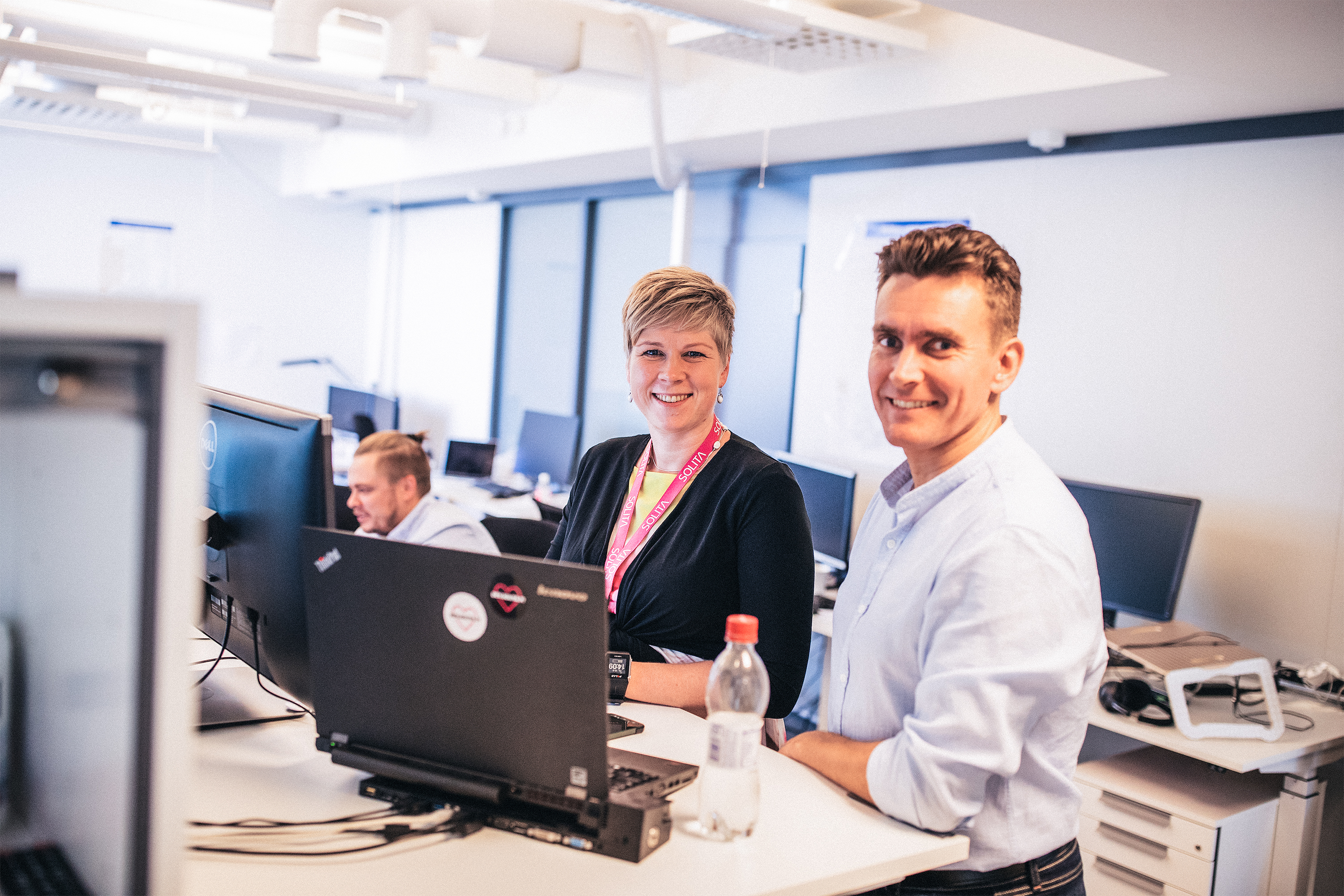 Working as a Software Developer

I’ve worked as a software developer in Solita already for ten years. I’ve had opportunity to work in various projects and with several co-workers. It’s true that women are few in software development. I just calculated that I’ve had a female fellow-programmer only in one project but maybe in compensation there were not only one but two of them in that project. The minority of female developers sticks out every autumn, on Solita developer days in Sappee, where we have nine cottages rented for all of us, and only one of them is dedicated for female developers.

I believe that Solita does not make any difference in recruiting male or female employees; the main point is just recruiting brilliant developers. I think that the problem emerges already at school before high school and university. The ability to make choices regardless of gender should be enabled, allowed and also encouraged. At least in my days in the Helsinki University of Technology, there was lack of female students in certain branches of science, e.g. information technology and electrical engineering.

My mother who was interested in chemistry at school was told by the rector before applying to university that studying chemistry is not suitable for girls. Hence, she found her career elsewhere. I was told by our study advisor in 9th grade that the extensive courses for mathematics and physics in the high school were not suitable for girls. I guess he was trying to make a joke. However, I did not believe him and neither did many of our class.

In 2013 a colleague combined our faces and created an image of an average employee at Solita. At those days the average employee named Kaino Solita was 34,44 years old and obviously more masculine than feminine. Last year the image was updated, and it seems like Kaino is turning more feminine. Kaino has also aged a bit, like all of us, and the average age of the employees at Solita is now exactly 36 years. I think Kaino seems to be happier too. 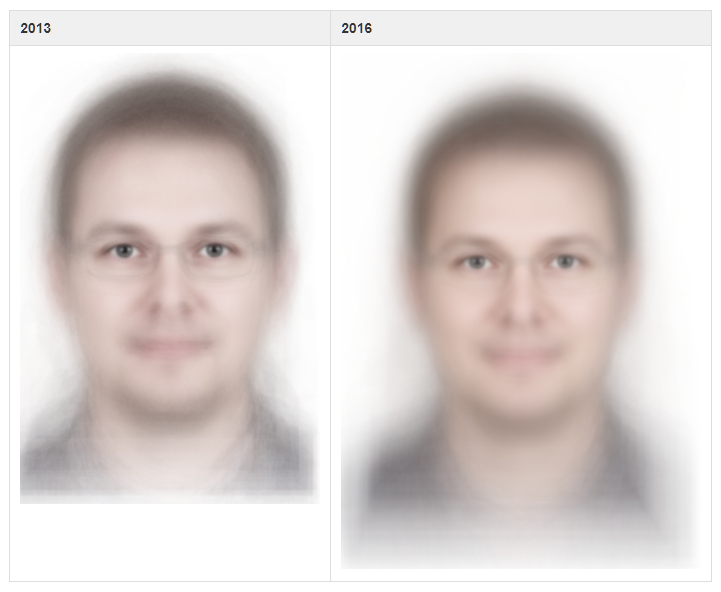 I happily welcome all new female developers to Solita, but I also welcome with the same happiness all other new colleagues. As Solita promises to all employees, “You can be yourself with all your excellences”. 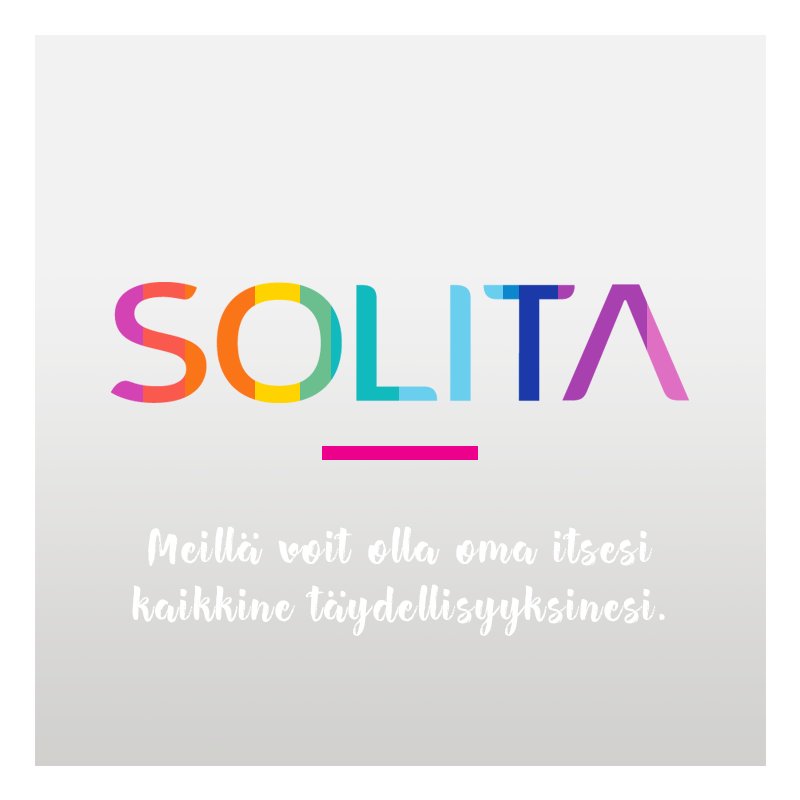