Continuous X is nothing, future is real-time

We have heard numerous talks and presentations about Continuous * over the past ten years. The big hype started with Continuous Integration (CI) roughly ten years ago, which meant that different pieces of software were continuously put together and tested automatically.

Then we moved on to Continuous Delivery and Continuous Deployment (CD). If we could rely on the tests and run the tests automatically, it made sense to deploy the new version to test or even production environments as soon as possible.

This is all fine and good, and while some organizations have not yet embraced and mastered the CD, others are already front-running the mainstream hype train. Continous Delivery definitely requires certain discipline and professional conduct from the developers to succeed, but it certainly doesn’t require inhuman abilities and intelligence. The “DevOps companies” like Heroku make it easy to get aboard the hype train now. 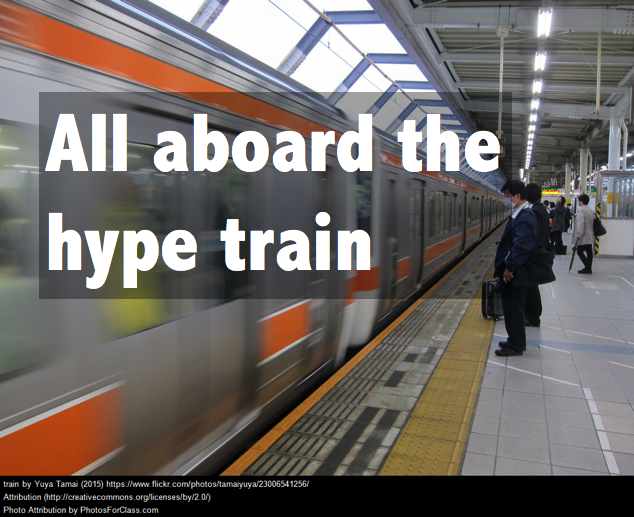 The future will have real-time delivery

Obviously continous integration/deployment is better than sporadic integration or occasional delivery, but assuming 100x more capacity for computation and storage, we would be now have instantaneous delivery/integration instead. Instead of having to wait 5 minutes or 15 minutes for test results, we would have them in seconds. A second is so close to real-time that it would not matter to our puny monkey brains anymore. That would be totally awesome, wouldn’t it?

You may still doubt all this DevOps and Continuous Delivery hype, but trust the great FAKEGRIMLOCK on this: Future will happen whether you like it or not. 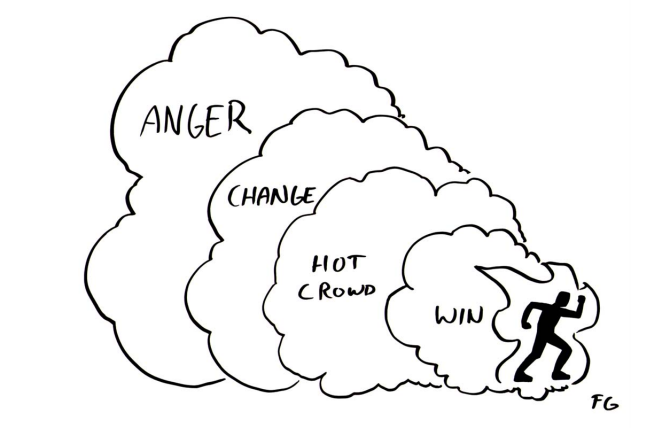 How far is it?

There are two essential questions regarding this:

I will try to answer these questions.

Oh brave new world, that has such software in it!

We are already there, for some domains! As an example, consider Overleaf which offers almost real-time feedback loop for writing academic papers. Ten years ago I was running LaTeX on my own 300Mhz Solaris workstation, but now it’s possible to concurrently write the papers and instantly update and validate the end result. Totally awesome development in ten years.

Similar examples are popping up now everywhere. As another concrete example from a completely different domain, take a look at KLIPSE - real-time evaluation of ClojureScript in the browser. Infinitely better than static code samples.

And the winner is..

It is difficult to predict winners, but I believe the future belongs to programming languages and environments which can take advantage of the resources and offer real-time feedback to the developers. Take a look at this chart: 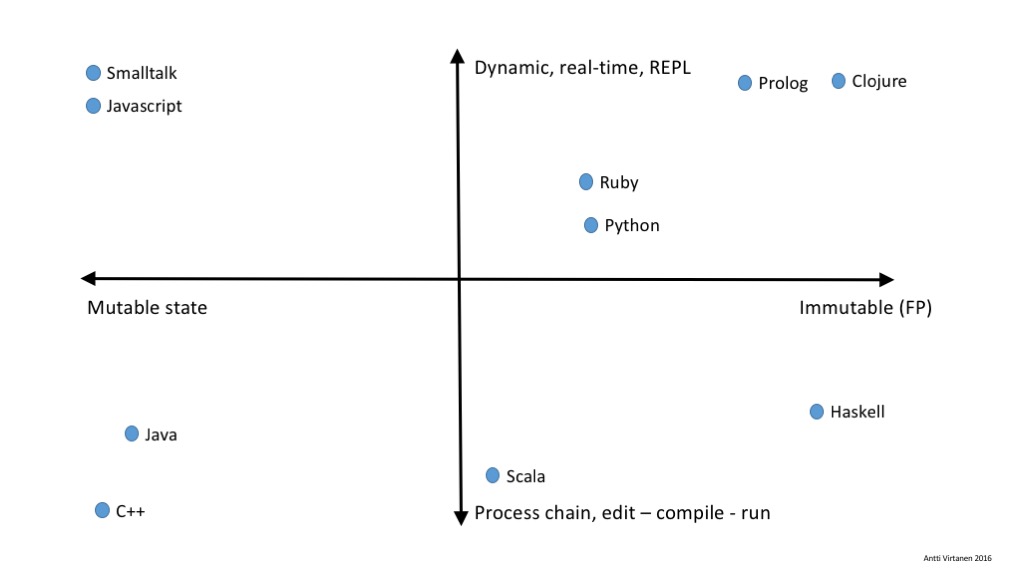 Everything is not placed precisely in the chart, but that is not relevant to the point I want to make.

In theory, it’s entirely possible to run extremely fast C++ compilers given enough resources, but mutable state and the nature of the C++ programming language will make real-time programming difficult. Also the template metaprogramming model makes it difficult to have really fast compilers for C++ in practice.

A statically checked and compiled language such as Haskell may have more success, but at the moment the languages on the top are designed to offer real-time feedback and have built-in capabilities suited to programming and debugging “live” systems. The languages at the bottom are stuck with the traditional model of “edit-compile-run”, but even they are trying to get up. For Java we have things like JRebel and hot deploy as a practical example, so you could arguably place Java in another location on the chart. So instead of claiming winners, I only predict that the programming languages and tools of the future will offer real-time feedback to the developers.

At the moment I’m happy to sit in the Clojure camp and we do have a warm campfire there now. Hot crowd is arriving.

The next future after the future happens?

Extrapolating further, if we assume 1000x resources, we will have some very interesting possibilities. I can’t know whether this will happen or not, but I offer this as a theoretical thought experiment.

We are already running mutating genetic algorithms. The DeepMind is playing Go against itself to find the best branch and parameters from the universe of possible DeepMind version n+1 candidates running in parallel. Instead of linear designed evolution we have semi-automated parallel evolution there.

If we had 1000x resources, we could apply this to conventional software outside the field of artificial intelligence. We could then have multiple would-be-branches running and tested (and possibly deployed) and select the one branch which doesn’t crash and burn when automated fuzzers run millions of test cases against it. That would be interesting.