The term “enterprise software” in our field tends to carry two connotations. The programmers tend to judge such solutions as overly complex, difficult to use and costly. On the other hand, for marketing purposes the phrase “enterprise level solution” attempts to signify the product as thoroughly tested, high-quality one with good support from the vendor.

I had the misfortune to run into a certain “enterprise level” VPN solution. It didn’t work on my computer so I took it apart and found functionality I never would have expected to see in a VPN client. This post reveals the gory details.

Basically a VPN is a client-server solution where the client encrypts and routes the traffic through some endpoint other than the normal internet gateway. This is not very difficult and there have been VPN clients and servers for years from multiple vendors. They work well. 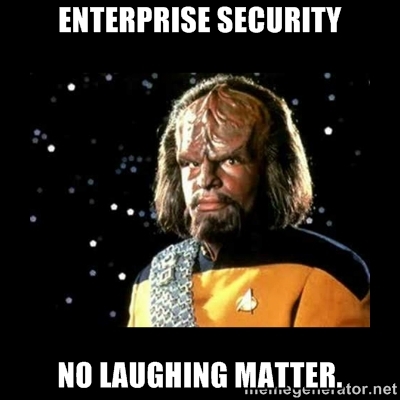 Simply entering your password or using a private key file is too simple for Enterprise Level. The solution I examined works like this:

What is the point of using Java here at all?

Apparently it’s legacy. Originally (it appears) that this software was used to obtain secure access simply using a standard web browser with no client software installed. A nice idea certainly.

You might be wondering how a Java applet can use System.exec. As it happens, I was explicitly instructed to grant special permissions that break the Java security model. How many end-users are able to this without accidentally giving access to all malicious Java applets?

Since the software didn’t actually work and didn’t provide any meaningful error messages about the reason I decided to break it into pieces. Using JAD I decompiled the class files and did some other digging as well. I was disturbed by my findings.

Let’s see.. why would a VPN client need to list all my open TCP/IP ports in my local machine? Hmmm.

And what could be a meaning of class named ProcessToKill? Seems a bit weird that a VPN client has ability to kill processes on my system.

It gets better. There is code for deleting arbitrary files from my computer.

At this point I would remind you that the vendor has specifically instructed the end user to run this “Java applet” with full privileges so this code really has ability to delete files.

There is one particularly interesting class which contains the following code in it’s initialize() method.

Yes, as implied, the code in trustAllCerts() installs a special SSL security manager which skips the normal SSL certificate checks, making any HTTPS connection valid regardless of the certificate. Since this is a JVM level setting in Java, this means the security manager is changed for all other Java software running in the same JVM.

For whatever reason, some parts have been obfuscated which supposedly makes the analysis more difficult. Since the log messages have been left intact, it’s not very difficult to guess what the method a() is.

Roughly half of the code inside the JAR file is related to this security functionality which has nothing to do with VPN connections. The rules controlling file deletion and security scanning are written in some DSL and there’s a crude parser for that. Different implementations for the special functions for different platforms are required as netstat has some other name in Windows world.

All this platform specific functionality requires special testing effort to maintain. The money comes from the customers in the end.

No one told me, the end user, the “VPN client” would have functionality to access arbitrary processes and files on my computer without my knowledge or permission. The administrators know as the admin guide spells it out pretty clearly:

.. is a client-side agent that performs endpoint health and security checks for hosts that attempt to connect to ..

– can check for third party applications, files, process, ports, registry keys, and custom DLLs on hosts. Based on the results of the checks, it can then deny or allow access to protected resources.

But it goes beyond just checking and denying access.

can scan processes that are loaded in memory on endpoints and provide real-time file system write and execution shield to automatically remediate machines that are not in compliance.

If a client attempts to log in, and the client machine does not meet the requirements you specify, – can attempt to correct the deficiencies to allow the client to successfully log in.

So this is surprising backdoor is actually intentional and well documented behavior. 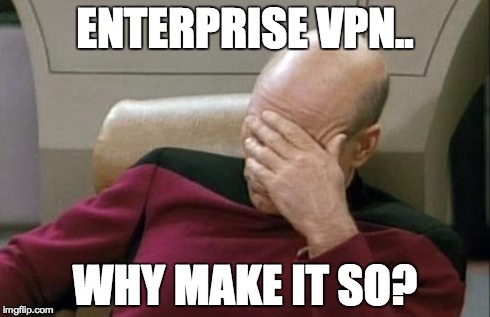 The words in the admin guide are “Enteprise Speak”, a remote cousin of Newspeak. Using phrases like “health check” and “remediate” is not accidental.

If it were written more plainly it wouldn’t sound so nice and reassuring:

“During log in, the client machine can be forced to comply with arbitrary rules set by the administrator. The VPN client may delete files, kill system processes and do other things on the client computer without the user’s knowledge or consent.”

But it is more secure?

The file delete capability means that with a simple mistake with wildcard characters, the administrator can basically render arbitrary number of unsuspecting VPN client computers unusable. A risk I definitely didn’t know I was taking since we were only talking about a VPN client. Somehow I would feel more secure if I could just use a simple VPN client instead. Or just a SOCKS proxy over SSH.

It would be nice if a software component did just one thing and did it well. Alas, outside unix ecosystem this will not happen anytime soon. Many software products do a huge number of different things. Even if they happen to do these things well, as demonstrated, you may get much more than you bargained for.